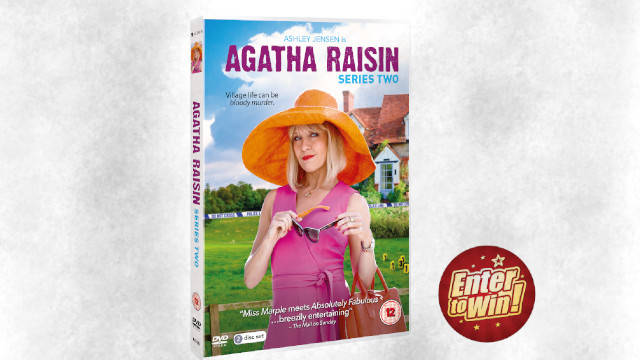 Based on M C Beaton’s best-selling novels, three brand new mysteries, dramatised over six episodes, are set to air on Sky One this summer and arrive on DVD 29 July 2019 and digitally to download and keep from 13 July 2019, alongside the Agatha Raisin Series One and Two Box Set from Acorn Media International.

Series Two sees Agatha return from a disastrous trip to Cyprus, her fiancé James (Jamie Glover – Endeavour) having gone AWOL. Alone once more, she investigates the village’s bizarre murders with panache, from the downfall of an arrogant hair stylist to mysterious occurrences attributed to fairies and the frenzy surrounding the new handsome curate that leads to murder. But there’s one case she just can’t seem to crack…her messy love life.

Make this charming detective the Agatha Raisin d’être for your next box set binge.

For your chance to own 1 of 5 copies of Agatha Raisin Series Two DVD; simply answer the question below:-