Balance, Not Symmetry DVDs up for grabs 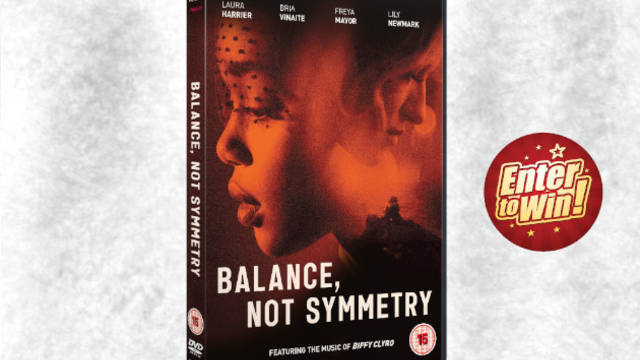 Using a groundbreaking concept, Biffy Clyro frontman Simon Neil worked alongside director Jamie Adams to create Balance, Not Symmetry, a film and album of the same name, using both as inspiration for each other to create two wonderful works of art.

Following its premiere at Edinburgh International Film Festival, the film is set for its release on DVD and digital thanks to Pinpoint Films via Sparky Pictures, with rising Hollywood stars Laura Harrier (BlacKkKlansman, Spider-Man: Homecoming) and Bria Vinaite (The Florida Project, The OA) taking the leads.

When he announced the project, Neil said: “The record will influence the film and then feed back to the music. It’s an unusual way to make a record, and that’s why I’m buzzing about it – it’s a different way to feel inspired.”

Harrier plays Caitlin, an American student who must return to her studies at the Glasgow School of Art following the death her father. Leaving behind a grieving mother (Kate Dickie – The VVitch, Prometheus) and supported by her fun-loving flatmate Hannah (Vinaite), Caitlin struggles to navigate grief and inspiration.

With an end of year art project failing to come together, budding romance in the air, and a growing resentment towards her best friend, will Caitlin be able to find her voice through her art? The words of Scotland’s best loved rock band, “reinvigorated and exploring thrilling new territory” ensure that “there is magic here, unquestionable magic” (NME).

Balance, Not Symmetry will be available on DVD and digitally to rent or download and keep on 25 November 2019.

For your chance to own 1 of 5 copies of Balance, Not Symmetry DVD; simply answer the question below:

Balance not Symmetry
This competition is now closed. Winners will be announced shortly.