Beecham House DVD up for grabs 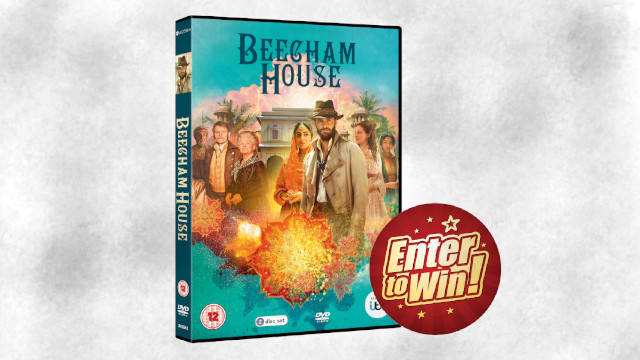 Love, honour, secrets, betrayal…welcome to Beecham House. Bend it like Beckham director Gurinder Chadha pens this lavish ‘Delhi Downton’ drama, set amongst British nobles in India during the cusp of the 19th century. Airing this Summer on ITV, the stunning six-part series is set to arrive on DVD and digital from Acorn Media International.

Tom Bateman (Vanity Fair, Murder on the Orient Express) stars as John Beecham, an Englishman who resigned from the East India Company to make an honourable life for himself in Delhi, but he leaves Calcutta under a shadow. How long can he survive before his secret past is revealed, and what does this past mean for his descendants in generations to come?

John’s widowed mother Henrietta (Lesley Nicol – Downton Abbey) finds life in India a difficult adjustment, but is helped by her spirited companion Violet (Bessie Carter – Howard’s End), who has feelings for John. Australian-Indian actress Pallavi Sharda (Lion) plays the regal Chandrika Kumari, a princess seeking refuge at Beecham House, who clashes with Henrietta over the running of the household.

The staff also have a part to play: the loyal head of servants Baadal (Viveik Kalra – Blinded by the Light) would do anything for naïve nursemaid Chanchal (Shriya Pilgaonkar - Fan), who accompanies John to look after his mysterious olive-skinned baby. But who is the child’s mother, and what exactly is John hiding?

This sumptuous period drama provides a new perspective of British rule in India, from the mind of the iconic British-Indian filmmaker behind Bhaji on the Beach, Viceroy’s House and the upcoming Blinded by the Light.

Beecham House will be available on DVD 22 July 2019 and digitally to download and keep from 20 August 2019.

For your chance to own 1 of 3 copies of Beecham House DVD; simply answer the question below:-