Blue DVDs up for grabs 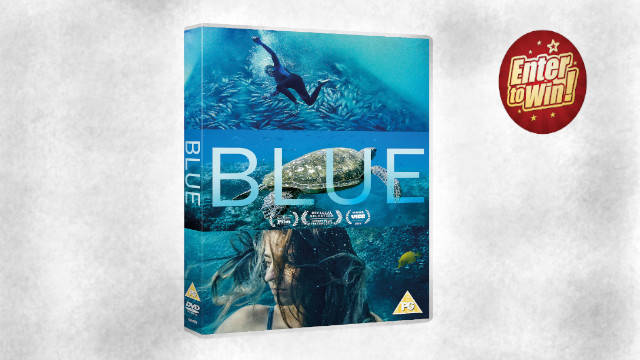 Half of all marine life has been lost in the last 40 years. By 2050 there will be more plastic in the sea than fish.

A powerful feature documentary Blue, from renowned filmmaker Karina Holden takes us on a provocative journey into the ocean realm, to witness a critical moment in time…when the marine world is on a precipice. Following its theatrical run the film is now set for its DVD release on 1 July 2019 from Sparky Picturesn and we are giving away 5 copies.

Blue presents a fascinating and important story that needs to be told. We journey across the seas and into the world of passionate advocates for ocean preservation, where the story of our changing oceans is unfolding.

Our inspirational guides, Lucas Handley, Madison Stewart, Philip Mango, Dr Jennifer Lavers, Tim Silverwood,  Mark Dia and Valerie Taylor, have one common aim, to be guardians of the ocean and inspire others to join their work to protect the world we live in. They are defending habitats, campaigning for smarter fishing, combating marine pollution and fighting for the protection of keystone species.

The industrialisation that has occurred in the oceans over the last century mirrors the events that triggered mass extinctions on land. Industrial scale fishing, habitat destruction, species loss and pollution have placed the ocean in peril. The very nature of the sea is being irretrievably altered. The ocean can no longer be thought of as a place of limitless resources, a dumping ground, immune to change or decline, we have learnt a lot on about how the ocean operates, but need to act on that knowledge before it’s too late.

Blue comes at a time when we are making critical decisions that will decide the legacy we leave for generations to come and shows us there is a way forward and the time to act is now.

For your chance to own 1 of 5 copies of Blue DVD; simply answer the question below:-

Blue
This competition is now closed. Winners will be announced shortly.