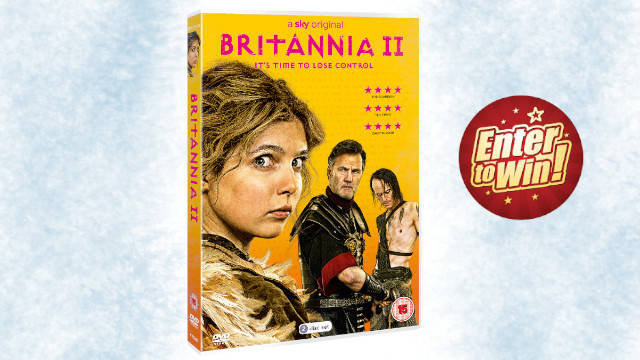 Series one begins in 43AD, as Roman General Aulus Plautius (David Morrissey – The Missing) arrives in Britannia, determined to conquer it where Julius Caesar lost to the Druids 90 years earlier. He leverages rivalries between Celtic tribes: the Regnii led by Queen Antedia (Zoë Wanamaker – Harry Potter), and the Cantii led by the aging King Pellenor (Ian McDiarmid – Star Wars).

The second series follows two years later as the Roman hold over Britannia grows stronger and while some Celts continue the fight to reclaim their land, others are happy to be Romanised rather than face extinction. But when a dead man wakes, it triggers an epic battle of wills between two Druid brothers that puts everyone in danger, and jeopardises Cait’s chances at saving Britannia from the Romans once and for all…

Who will rule Britannia?

For your chance to own 1 of 5 copies of Britannia Series II DVD; simply answer the question below:-

Britannia
This competition is now closed. Winners will be announced shortly.