Bulletproof Series 2 DVDs up for grabs 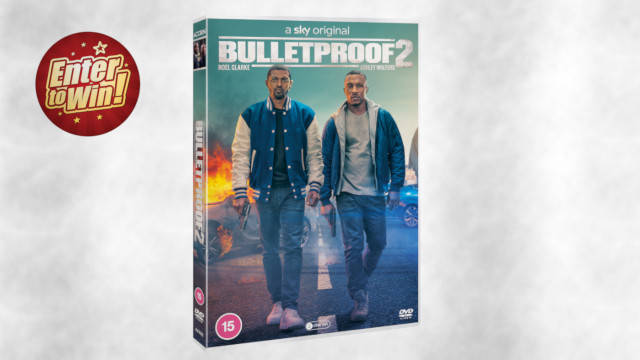 Dive deep undercover with London’s finest, Noel Clarke and Ashley Walters, as they return to the crime-filled streets in the second series of Bulletproof. Mixing drama, action and comedy in a fresh take on the police buddy genre, Bulletproof Series 2 and the Series 1 and 2 Box Set arrive on DVD & digital 8 June from Acorn Media International.

Adrenalin-fuelled and packed with laughs as well as high-octane action, as all buddy-cop aficionados know, the key to its success is the bromance and banter between Officer Ronnie Bishop (Clarke) and Senior Officer Aaron Pike (Walters). By-the-book, family man Pike and raised-on-the-streets Bishop may come from different backgrounds, but they work brilliantly together…even if things don’t always go to plan.

Picking up a year after the events of the explosive first series, series two finds Bishop burying himself in work and one-night-stands, while Pike tries to balance his job with his family. Soon the pair are drawn into a dangerous game of cat-and-mouse with the Markides, a notorious and elusive crime family who exist in the shadowy world of narcotics, people-trafficking and money-laundering. As the lines between good and evil, friend and foe, become blurred, will going undercover push the boys to breaking point?

New additions to the team include a young officer with questionable intentions, and a new Deputy Director who takes a keen interest in our team…but will he help or hinder them? Facing love, loss, and ghosts of the past, Bishop and Pike must go further than they ever have before to save those they love, and each other. It’s a good thing they’re Bulletproof.

For your chance to own 1 of 5 copies of Bulletproof Series 2 DVD; simply answer the question below: