Chimerica DVDs up for grabs 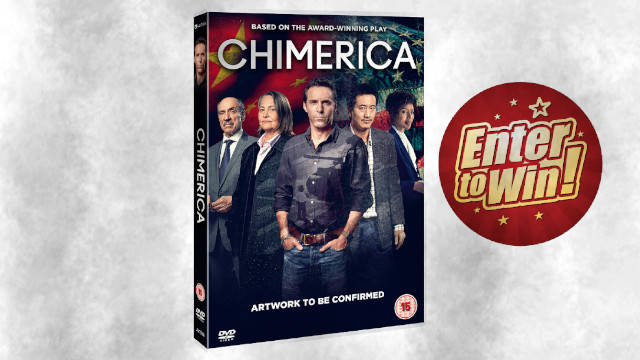 Olivier award-winning playwright Lucy Kirkwood has adapted her stage play Chimerica for TV. As seen on Channel 4, this powerful and timely series is set to arrive on DVD and digital from Acorn Media International.

This fictional story about true events has been brought up to date using the notorious 2016 US Presidential election as a back drop. It explores the murky borders between fact and fiction, truth and censorship, political manipulation and personal sacrifice.

Award-winning actor Alessandro Nivola stars as Lee Berger, the photographer behind the seminal Tank Man of Tiananmen Square photo, captured during the deadly 1989 protests in China. Now working as a dedicated photojournalist in America, accusations of fake news are levelled against him, and he sets out to reclaim his credibility by searching for the subject of his most famous picture.

Joining Lee on his frantic search are seasoned reporter Mel Kincaid (Cherry Jones), corporate market researcher Tess Kendrick (Sophie Okonedo) and cynical newspaper boss Frank Sams (F. Murray Abraham). Lee also enlists the help of an old friend, Chinese activist Zhang Lin (Terry Chen), who has troubles of his own. Can he uncover the elusive truth before it is too late?

An urgent piece of political activism, an investigative thriller and a deeply human drama, Chimerica is vital viewing for our troubled times. It is available digitally to download  and keep now, and on DVD 20 May 2019.

For your chance to own 1 of 5 copies of Chimerica on DVD, simply answer the question below:-

Chimerica
This competition is now closed. Winners will be announced shortly.