COLETTE Blu-rays up for grabs 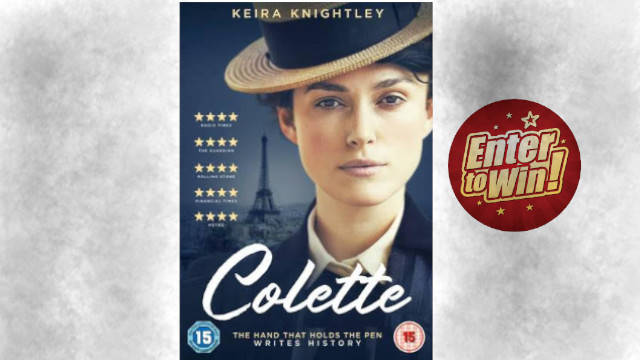 THE HAND THAT HOLDS THE PEN WRITES HISTORY.

Witness the astonishing true story of Colette, the legendary writer behind the French literary sensation Claudine, when COLETTE arrives on digital download from 6 May and on Blu-Ray™ and DVD from 13 May.

When country girl Sidonie-Gabrielle Colette (Keira Knightley; The Aftermath, Atonement) marries a charismatic egomaniac named Willy (Dominic West; TV’s The Affair, Les Misérables), he unlocks the door to the tantalising artistic world of the Paris literacy scene. With her creative appetite sparked, Willy has Colette write novels under his name. The phenomenal success of her Claudine series makes Willy famous and elevates them both to the high life. Although Claudine is now the toast of the town, the lack of recognition begins to gnaw at Colette. In turn, their marriage starts to internally combust, fuelled by Willy’s infidelities and Colette’s growing interest in women. On a downward spiral, Willy resorts to increasingly desperate measures to pay his debts and sabotage his wife, but Colette is developing resources of her own.

With timely themes of female empowerment and sexual liberation and critically acclaimed performances from Kiera Knightley and Dominic West, COLETTE is the must-see drama on digital, DVD, and Blu-Ray™ this May.

For your chance to own 1 of 5 copies of COLETTE Blu-ray; simply answer the question below:-

Colette
This competition is now closed. Winners will be announced shortly.