Dad’s Army: The Lost Episodes DVD up for grabs 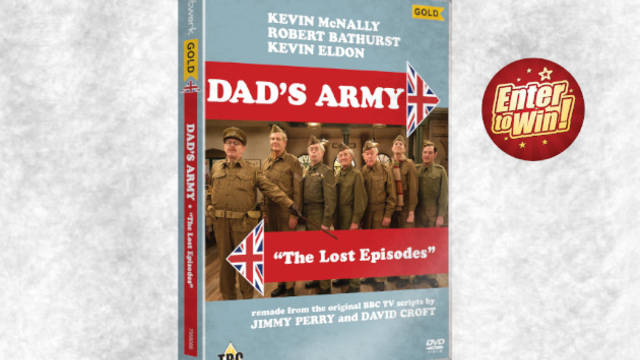 Britain's favourite sitcom, Dad's Army ran for eighty episodes over nearly ten years and is rarely far from our screens - but three of those episodes were lost many years ago in cost-saving archive purges and haven't been seen since 1969. Now, using Jimmy Perry and David Croft's original scripts, those three episodes have been faithfully recreated by Mercury Productions for UKTV’s Gold channel to mark the 50th anniversary of their original broadcast.

For your chance to own 1 of 2 copies of Dad’s Army: The Lost Episodes DVD; simply answer the question below:

Dad's Army
This competition is now closed. Winners will be announced shortly.