Der Pass DVDs up for grabs 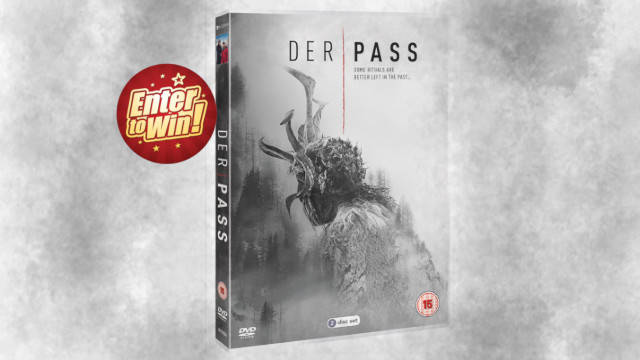 TV phenomenon The Bridge has inspired numerous remakes across the globe and heralded a new dawn of television. Now from the award-winning makers of hit drama The Dark comes a thrilling new German-Austrian spin that takes the initial premise to the brand-new gripping heights of Der Pass.

This Sky Original garnered exceptional viewing figures when it premiered in Germany, earning critical acclaim and now it’s set to take the UK by storm as it arrives on DVD and digital from Acorn Media International following its premiere on Sky Atlantic this summer.

When a gruesomely staged, dead body is found in a mountain pass in the Alps near the German-Austrian border, two detectives from either side are brought in to investigate.

Not only are they from two different countries, they are worlds apart in their careers…German detective Ellie (Julia Jentsch) embraces the case as the first real challenge of her profession, while her Austrian counterpart Gedeon (Nicholas Ofczarek) is jaded and seems to have lost any ambition.

They soon discover more crime scenes with symbolically posed victims, which appear reminiscent of pagan rituals. Are they all part of a much bigger, sinister plan?

Ellie puts herself under increasing pressure to try and understand the deranged murderer’s motives so she can stop them killing again, and as the hunt goes on the detectives are drawn deeper into the dark valleys and archaic Alpine customs – and the paranoid world of the killer.

Set against a majestic backdrop, the eight-part series is produced by the Academy Award-winning Max Wiedemann and Quirin Berg (The Lives of Others) and won the award for Best TV series at Austria’s ROMY TV Awards. It arrives on DVD and digital on 23 September 2019.

For your chance to own 1 of 5 copies of Der Pass DVD; simply answer the question below:-

Der Pass
This competition is now closed. Winners will be announced shortly.