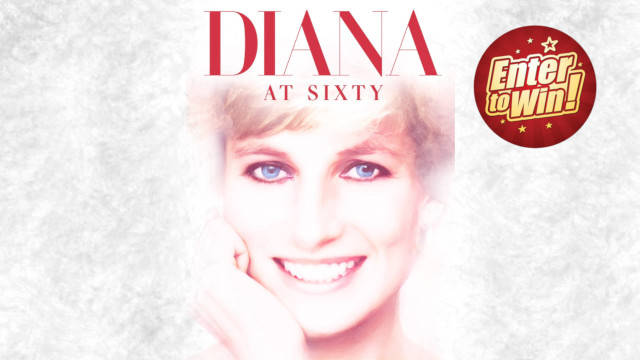 Diana, Princess of Wales, would have turned 60 on 1st July 2021. But how would her life have turned out had it not been so cruelly cut short in 1997? To mark what would have been her landmark birthday, her friends, allies, people who worked with her, Royal correspondents, media experts and those touched by her charity work line up to celebrate her life, remembering the real Diana and her achievements in a brand-new documentary.

Hillary Clinton leads a fascinating line-up of friends and associates, including Diana’s astrologer Debbie Frank and Derek Deane from the English National Ballet to discuss Diana, the Princess of Hearts, the People’s Princess, in DIANA AT SIXTY, a stunning new documentary from director Robin Bextor (Crown and Country, Hearts of Gold) that pays tribute to her life and work and speculates on what might have been, released to celebrate what would have been her sixtieth. The film will be released on DVD and digital on 21st June 2021 and we have 5 copies to give away courtesy of Reel to Reel Films.

The film chronicles the life of Lady Diana Spencer, the young woman who married a Prince, but who went on to become an internationally loved Princess in her own right.  It delves into her life and important work during her 16 years in the public eye and explores her popularity with both the British public and with people all over the world. It follows the moving story of how the People’s Princess touched hearts, made a huge impact and became one of the most adored royals ever.

DIANA AT SIXTY celebrates the fascinating life of one of Britain’s most beloved figures in recent history.

For your chance to own 1 of 5 copies of DIANA AT SIXTY DVD; simply answer the question below:

Diana at Sixty
This competition is now closed. Winners will be announced shortly.