EATEN BY LIONS DVD up for grabs 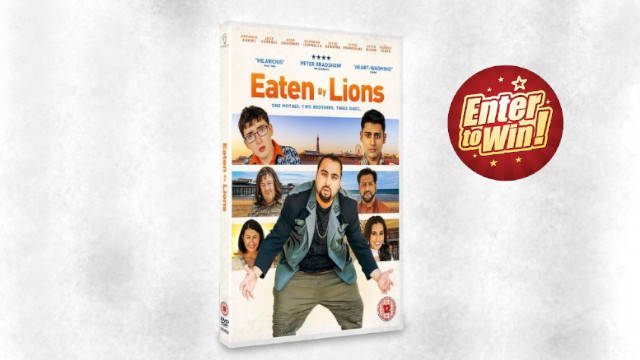 To celebrate the release of critically acclaimed British indie film EATEN BY LIONS on Digital Download from 22nd July and DVD from the 29th July we are excited to offer you the chance to own a copy!

EATEN BY LIONS follows half-brothers Omar and Pete who when their Gran passes away go on a life changing road trip to find Omar's birth father. Armed with a biscuit tin containing a birth certificate, a photograph and their deceased mother’s diary, the pair of likely lads head on a quest that will change their lives forever. Along the way they meet a dodgy fortune teller, their racist aunt and uncle and a seedy guest house owner. What could possibly go wrong? What follows is a hilarious journey of self-discovery and the true meaning of family, set amongst the bright lights of Blackpool.

For your chance to own 1 of 5 copies of Eaten By Lions DVD; simply answer the question below:-

Eaten by Lions
This competition is now closed. Winners will be announced shortly.