Enigma DVD up for grabs 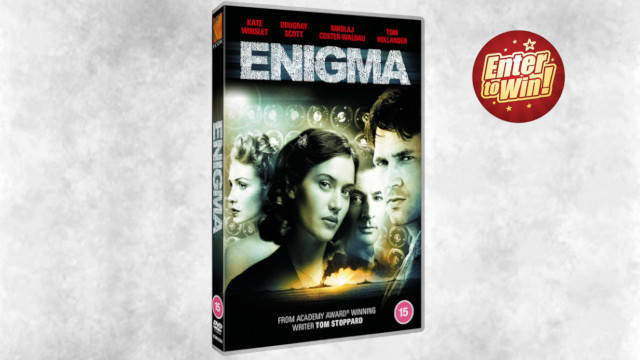 In March 1943 the code breakers at Bletchley Park, Britain's top secret intelligence station, are facing their worst nightmare. Nazi U boats have unexpectedly changed the code by which they communicate with each other and German High Command. An Allied merchant shipping convoy crossing the Atlantic with 10,000 passengers and vital supplies is in danger of attack.

The authorities turn for help to Tom Jericho, a brilliant young mathematician and code breaker. Unknown to his colleagues, Jericho (Dougray Scott) has another equally baffling enigma of his own to unravel. Claire, the woman with whom he has fallen in love, has disappeared from Bletchley just when the authorities suspect there may be a spy at the Park. To get to the bottom of both mysteries he enlists the help of Hester, Claire's best friend (Kate Winslet). Together they keep one step ahead of the secret services and investigate Claire's mysterious life, reaching a conclusion that uncovers international and personal betrayals. Also starring Jeremy Northam and Saffron Burrows.

For your chance to win 1 of 5 copies? of Engima DVD; simply answer the question below:

EnigmaBletchley ParkWW2
This competition is now closed. Winners will be announced shortly.