Green Book DVDs up for grabs 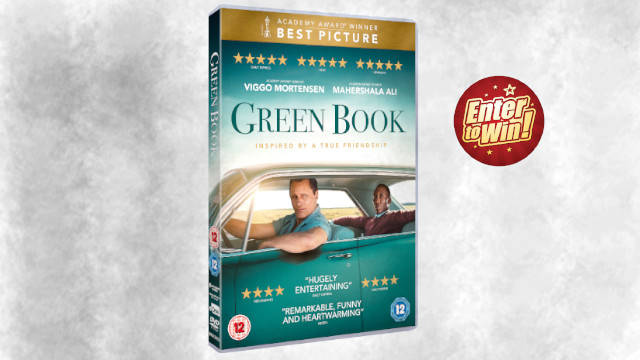 In his powerful foray into dramatic work as a feature director, Peter Farrelly helms the film, inspired by a true friendship that transcended race, class and the 1962 Mason-Dixon line. Set against the backdrop of a country grappling with the valour and volatility of the Civil Rights Movement, two men are confronted with racism and danger, and comforted by generosity, kindness and humour. Together, they challenge long-held assumptions, push past their seemingly insurmountable differences, and embrace their shared humanity.

Loved by audiences, Green Book landed to widespread critical acclaim and awards buzz. The film scooped Best Picture and was nominated for Best Performance by an Actor in a Leading role (Viggo Mortensen) and Best Achievement in Film Editing at the Academy Awards. It won Best Screenplay – Motion Picture, Best Motion Picture and Best Performance by an Actor in a Supporting Role (Mahershala Ali) at the Golden Globes,

For your chance to own 1 of 5 copies of Green Book DVD; simply answer the question below:-

The Green BookViggo MortensenMahershala Ali
This competition is now closed. Winners will be announced shortly.