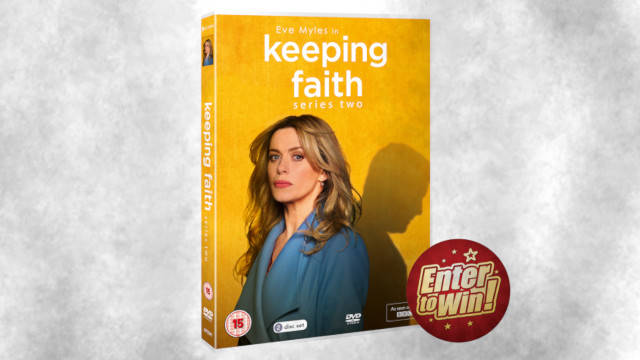 Originally airing on BBC Wales, series one was the most popular show on the channel in more than 25 years, as well as the most downloaded non-network show on BBC iPlayer since records began and boasted a large audience on BBC One.

We return to stunning rural Wales, to catch up with tenacious lawyer, wife and mother Faith Howells, played with élan by the brilliant Eve Myles (Broadchurch, Torchwood). 18 months after her life was turned upside down by the sudden disappearance of her husband, Evan (Bradley Freegard ­– Under Milk Wood), Faith is  drawn into a new mystery, taking on the case of Madlen Vaughan (Aimee-Ffion Edwards ­­– Peaky Blinders),  a local farmer accused of murdering her husband in cold blood.

With Madlen’s murder trial, the prospect of Evan’s return and her conflicted emotions towards former criminal Steve Baldini (Mark Lewis Jones – Chernobyl) Faith must take a stand. Putting her children, her business and even her life on the line, will she find the truth or lose everything and everyone she loves?

You’ll be Keeping Faith in this addictive thriller.

For your chance to own 1 of 5 copies of Keeping Faith Series Two DVD; simply answer the question below:-

Keeping Faith
This competition is now closed. Winners will be announced shortly.