Line of Duty Series Five DVDs up for grabs 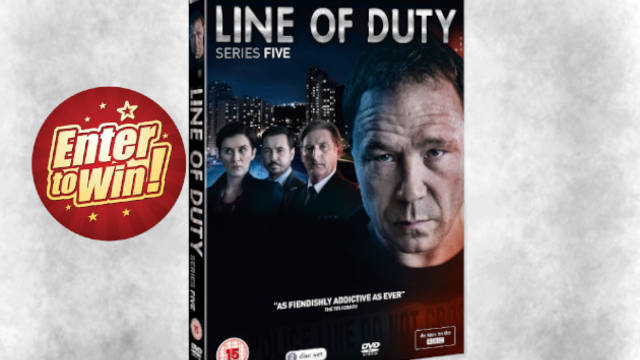 Lauded as ‘the king of the crime dramas’ by The Telegraph, the highly acclaimed, hit series Line of Duty –  from award-winning scribe Jed Mercurio (Bodyguard) – returns to our screens for its much anticipated fifth rollercoaster instalment.

And it’s set to arrive on DVD as Line of Duty Series Five  alongside the full thrilling Series One – Five Complete Box Set from Acorn Media International on 6 May 2019 following its Sunday night primetime run on BBC One. They will also be available to buy digitally (download and keep).

Line of Duty Series Five sees the return of AC-12 investigators Superintendent Ted Hastings (Adrian Dunbar), Detective Inspector Kate Fleming (Vicky McClure) and Detective Sergeant Steve Arnott (Martin Compston) to tackle another major case of police corruption. The team are joined by some familiar faces, alongside a stellar line up of new characters, but who can they trust?

One of Britain’s great acting talents Stephen Graham gives an awe-inspiring turn as John Corbett, the ruthless leader of an Organised Crime Group (OCG) who hijack a seized drugs convoy. When three police officers are shot dead during the heist, AC-12 move in to investigate possible police collusion.  As the body count rises, AC-12 realise they could be facing their most vicious adversary yet.

With its intricate plots, and shocking twists that keep everyone guessing, there’s huge excitement building for the new series of the gripping Line of Duty, the show that everybody is talking about.

For your chance to own 1 of 3 copies of Line of Duty Series Five DVD; simply answer the following question:-

Line of DutySeason Five
This competition is now closed. Winners will be announced shortly.