London Kills DVDs up for grabs 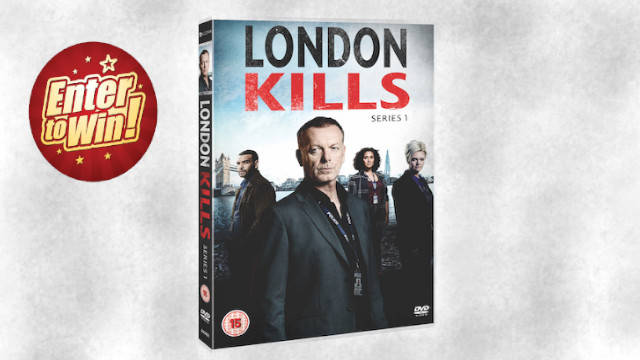 From the creator of Suspects comes gritty, gripping new police drama London Kills. London's best detectives take on its worst crimes in this slick and thrilling mystery series which sees the world’s most exciting city as the backdrop for a string of killings – all investigated by an elite murder squad. This Acorn TV original is set to arrive on DVD and digital this summer from Acorn Media International, following its run on BBC One.

Hugo Speer (The Full Monty, Britannia) stars as the brooding head of department DI David Bradford, who returns to work after three months compassionate leave, after the disappearance of his wife. Tensions arise as he clashes with the ambitious DS Vivienne Cole (Sharon Small – The Inspector Lynley Mysteries, Trust Me) who has been running the murder squad in his absence. The crack team includes seasoned detective DC Rob Brady (Bailey Patrick – Bodyguard, Eastenders) and big-hearted trainee TDC Billie Fitzgerald (Tori Allen-Martin – Unforgotten, Pure), whose inexperience may get her into trouble.

Delving into the gruesome metropolitan murders that are all part of his day job, David  must grapple with the constant pain of not knowing what has happened to his loved one. As suspicions are raised, he has to put his personal issues aside to focus on his job and learn to trust his colleagues….but can he solve the case closest to him?

Created by crime TV don Paul Marquess, known for his work on The Bill, M.I.T.: Murder Investigation Team, Crime Stories and Suspects, London Kills is the perfectly polished result of the passion and expertise of a true police procedural aficionado. Shot documentary style on hand held cameras, this nail-biting drama will keep you on the edge of your seat.

London Kills will be available on DVD and digitally to download and keep from iTunes, Amazon Prime Video and Google Play from 1 July 2019.

For your chance to own 1 of 3 copies of London Kills DVD; simply answer the question below:-

London Kills
This competition is now closed. Winners will be announced shortly.