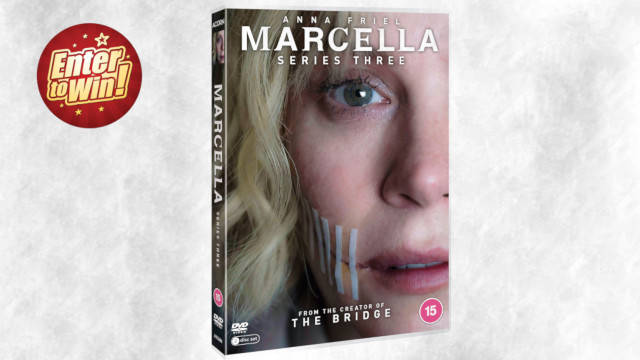 Internationally acclaimed, Emmy award-winning star Anna Friel returns to our screens as the deeply troubled detective, Marcella, for the highly anticipated third series of the darker than dark, gripping drama. Following its UK premiere on ITV Marcella Series Three arrives on DVD courtesy of Acorn Media International and you have the chance to win a copy.

Series three takes a dramatic new turn as Marcella goes deep undercover in Belfast and adopts a whole new identity alongside a snappy new haircut. But don’t be fooled – Marcella may have gone blonde, but the series is as dark as ever…

Under orders from new boss Frank Young (Hugo Speer – London Kills, Britannia) to infiltrate an infamous crime family headed by steely matriarch Katherine McGuire (Amanda Burton – White House Farm, Silent Witness), Marcella must put the past behind her and embrace her new identity…but will her old life catch up with her? Old boss DI Rav Sangha (Ray Panthaki – Gangs of London, Eastenders) certainly won’t give up on her without a fight.

Interweaving storylines follow Marcella’s quest for the truth and lead the audience into the depths of the Irish criminal underworld…and into her damaged psyche. As the past closes in, can Marcella run forever, or will she finally confront her demons for a chance at redemption?

For your chance to win 1 of 3 copies of Marcella Series Three DVD; simply answer the question below:

MarcellaITVAnna Friel
This competition is now closed. Winners will be announced shortly.