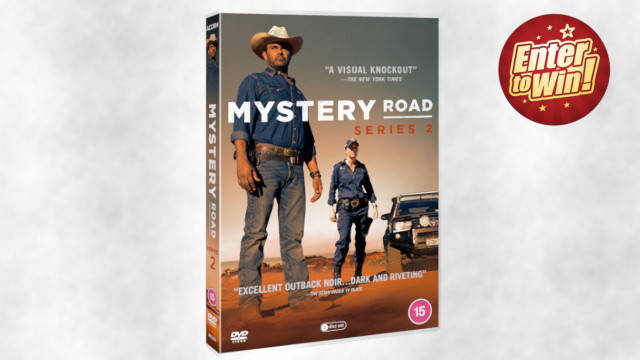 The first season follows on from Ivan Sen’s multi-award-winning feature film of the same name, with Rachel Perkins (Radiance) taking the reins of the traditional Western-inspired story, and now Wayne Blair (Cleverman) and Warwick Thornton (Sweet Country) take this new fork in the road, leading Detective Swan (Pedersen – Jack Irish) deeper into the corruption that mars the stunning landscape of the outback.

When a headless corpse is found floating by the shore in a remote outback town, Jay Swan (Pedersen – Jack Irish) is brought in to investigate, this time joined by colleague Fran (Jada Alberts – Cleverman). He must balance law and lore as they contend with protests over the excavation of an Indigenous site…and that’s before another body shows up. Could the murders be linked? And can Jay gain the trust of his community without the police losing faith in him?

The Bridge’s original Nordic noir star Sofia Helin plays archaeological professor Claire Sims, whose input will be vital if Jay is to solve the case in this small coastal town, where the desert meets the ocean, and secrets from the past and present run dark and deep.

Tasma Walton (Home and Away) returns as Jay’s ex-wife Mary, who is still contending with the fallout of the explosive first series and the effects of that case on their family. Jay must balance his domestic troubles while confronting a dangerous enemy in a world where deception is king…will he dig up the truth about Mystery Road?

For your chance to own 1 of 5 copies of Mystery Road Series 2 DVD; simply answer the following question:

Mystery Road
This competition is now closed. Winners will be announced shortly.