Romance Blu-ray up for grabs 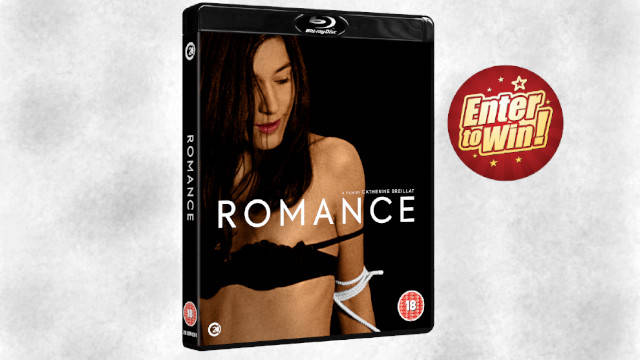 Controversial. Groundbreaking. Daring. Extraordinary. Explicit. Shocking. Romance, directed by Catherine Breillat, is all this and more. And now one of the most provocative films of modern cinema is coming to UK Blu-ray for the first time in a newly restored version, courtesy of Second Sight.

A teacher, Marie (Caroline Ducey) is happy living with her boyfriend, but their relationship lacks intimacy and, desperate for physical affection, she sets off to find it elsewhere, in a series of ever-more extreme encounters with strangers...

The film, originally released in 1999, drew as many shocked gasps from critics as it did plaudits when it first opened. It also troubled censors in the UK and around the world as it blurred the lines between art and pornography with its searingly honest depiction of a woman embarking on an odyssey of increasingly explicit sexual experiences.

Described by Empire as a ‘daring study of sex and sensibility’ it arrives on Blu-ray with a brand-new scan, complete with a host of special features on 15 July 2019.

For your chance to own 1 of 5 copies of Romance Blu-ray; simply answer the question below:-

Romance
This competition is now closed. Winners will be announced shortly.