Save Me Too DVDs up for grabs 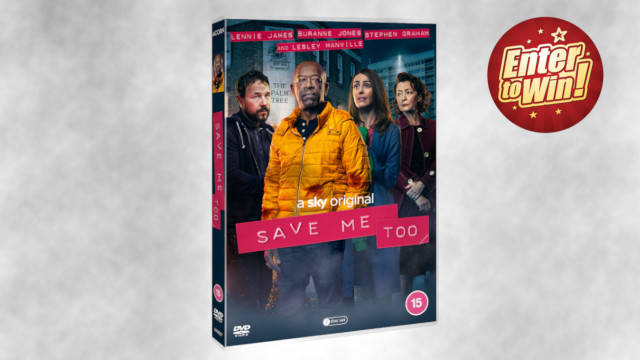 Lennie James is back for the hugely anticipated second series of his gripping, gritty thriller Save Me. Recently airing on Sky Atlantic Save Me Too arrives on digital and DVD alongside Save Me Series 1 & 2 DVD Box Set from Acorn Media International on 15 June 2020.

From the multi-award-winning producers of Line Of Duty this unflinching British drama is written by and stars the multi-talented Lennie James (The Walking Dead, Line of Duty) as our favourite yellow jacket wearing East End charmer Nelson “Nelly” Rowe, who will stop at nothing to save his loved ones.

Following the disappearance of Nelly Rowe’s 13-year-old daughter Jody and his heart wrenching, dangerous quest to find her, we return to the heart of the East End where he’s still desperately searching for answers.

It’s seventeen months since Nelly rescued vulnerable young woman Grace whilst looking for Jody. Can she provide clues to Jody’s fate, or will she derail his fraught mission to find his daughter at any cost – with potentially terrible consequences for him and those close to him?

For your chance to own 1 of 3 copies of Save Me Too DVD; simply answer the question below:

Save me Too
This competition is now closed. Winners will be announced shortly.