Sharkwater Extinction DVDs up for grabs 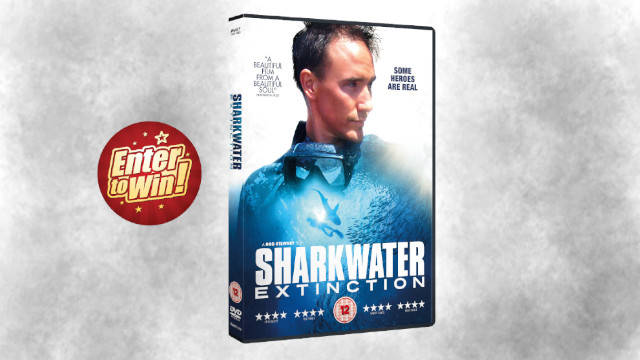 Following its highly praised theatrical release, the eye-opening, feature documentary Sharkwater Extinction from Rob Stewart the award-winning director of Sharkwater and Revolution, is out now on digital and set to arrive on DVD on 20th May and we have 5 copies up for grabs courtesy of Sparky Pictures.

More than 150 million sharks are being killed every year. The oceans are in danger. Sharks play a hugely important role to the environment. Who is the real enemy: shark or human? Sharkwater Extinction takes us on one man’s mission: to protect sharks from extinction and save the oceans before it’s too late.

We join the courageous filmmaker and renowned activist on a hugely inspirational, thrilling but hazardous journey, as he dives deep into oceans and travels across four continents to investigate the eye-watering scale of corruption, destruction and danger that the multi-billion-dollar pirate fishing industry and vast illegal shark fin trade bring.

This action-packed story takes us from the seas of West Africa to Spain via Panama, Costa Rica, France, and even North America as Stewart exposes a shocking truth that is leading the oldest remaining predator to extinction. Shark finning is still rampant, shark fin soup is still being consumed and endangered sharks are now being used to make products for human consumption.

For your chance to own 1 of 5 copies of Sharkwater Extinction DVD; simply answer the question below:-

SharkwaterRob Stewart
This competition is now closed. Winners will be announced shortly.