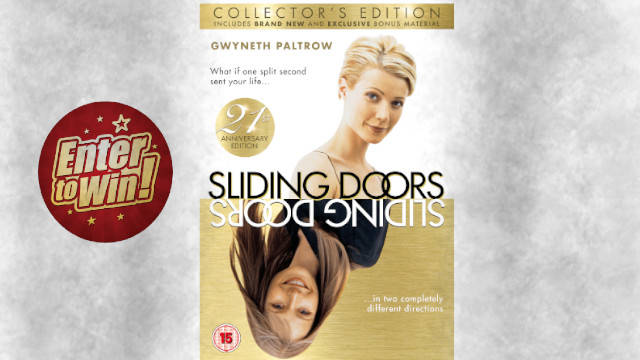 What if one split second sent your life in two completely different directions?

Sliding between parallel storylines we follow London publicist Helen, (Gwyneth Paltrow) who thinks she has the man of her dreams, but finds her life take an unexpected turn when she catches an early tube home and discovers him in bed with another woman. Luckily, help is at hand when the charming James (John Hannah) enters the scene.

Meanwhile, in another timeline, Helen misses the tube and unknowingly continues dating her cheating boyfriend. The two stories overlap and eventually converge as love, laughs, deception, trust and friendship all come into focus.

For your chance to own 1 of 5 copies of Sliding Doors 21st Anniversary Special Edition DVD; simply answer the question below:-

Sliding DoorsGwyneth Paltrow
This competition is now closed. Winners will be announced shortly.