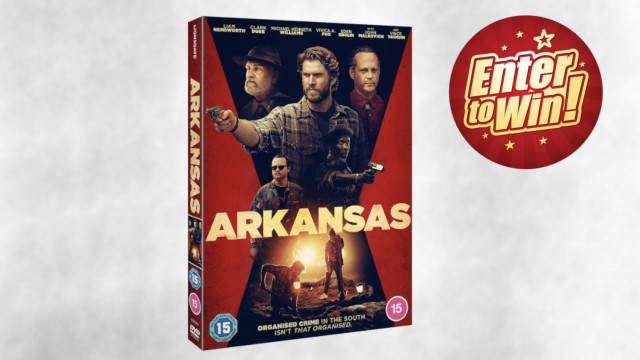 Swin settles into his day job but, against orders, takes up a relationship with a local woman (Eden Brolin), while Kyle spends his nights trying to discover Frog’s identity. As they begin to grapple for control of the lucrative underworld operation, Swin and Kyle soon find themselves under Frog’s deadly crosshairs. Who will live to survive as the boss of Arkansas’ fierce drug trade?

An official selection for SXSW 2020 with killer performances from its all-star cast, Arkansas weaves together three decades of Deep South drug trafficking to explore the cycle of violence that turns young men into criminals, and old men into legends.

For your chance to own 1 of 5 copies of Arkansas DVDs; simply answer the question below:

Arkansas
This competition is now closed. Winners will be announced shortly.