Stan & Ollie DVDs up for grabs 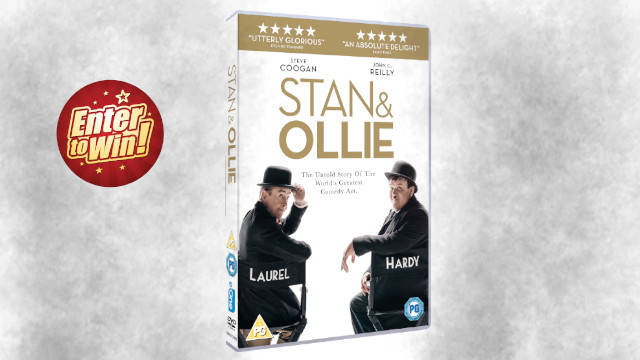 Beloved by the British public and met with critical acclaim, Stan & Ollie is a portrait of one of the most iconic of creative partnerships, full of classic memorable and laugh out loud Laurel & Hardy moments.  Not to mention the unexpected and hilarious portrayal of their support act; their wives (Nina Arianda and Shirley Henderson), who were a striking comedy duo in their own right. It’s a must-own for Laurel and Hardy lovers everywhere and the DVD is the perfect gift just in time for Father’s Day.

It is the superb headline performances and transformations from Steve Coogan (BAFTA nominee) and John C Reilly (Golden Globe nominee) that make you believe you are watching the originals as well as support from the outstanding cast.

For your chance to own 1 of 5 copies of Stan & Ollie DVD; simply answer the question below:-

Stan & Ollie
This competition is now closed. Winners will be announced shortly.