Take Back DVDs up for grabs 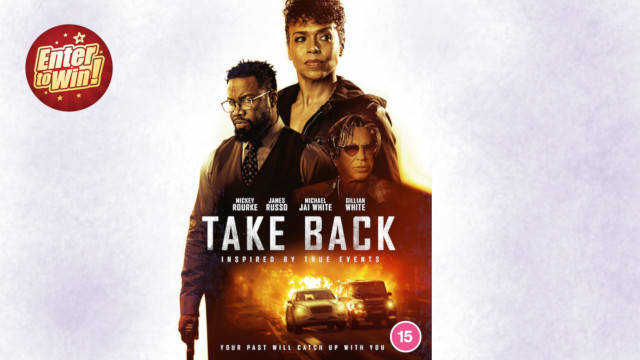 Make way. There’s a new high-kickin’, body-slammin’, ball-bustin’, head-smackin’, fast-punchin’, tough-talkin’ action hero in town. Her name is Gillian White. All-action feature Take Back, sees her star alongside Michael Jai White and Mickey Rourke in an adrenaline-fuelled, martial arts action thriller in which old scores must be settled, once and for all.

Gillian White plays the lead as a seemingly unassuming woman who must take on an evil gang of human traffickers when they kidnap her step-daughter. This kick-ass film is set for its UK premiere on DVD and digital from 101 Films on 29 March  2021.

Zara and Brian (real-life couple –  Gillian White and Michael Jai White, The Dark Knight) are living the perfect small-town life, but when Zara heroically foils a robbery, she soon becomes headline news…and the unwanted notoriety sees Zara's mysterious past catch up with her, putting her family’s life in serious danger. When their daughter is kidnapped by a sadistic gang, led by the vicious Patrick (Mickey Rourke – The Wrestler), the pair face a race against time to save her life. With Detective Chalmers (James Russo – Django Unchained) also on Patrick's trail, Zara and Patrick's paths collide in an explosive finale.

Zara must finally face up to her past and get revenge on the savages who almost ruined her life.

Directed by Christian Sesma (Paydirt, The Night Crew), Take Back offers up a different kind of action hero for different times.

For your chance to own 1 of 3 copies of Take Back DVD; simply answer the question below:

movieTake BackJames Russo
This competition is now closed. Winners will be announced shortly.