The Cane Field Killings DVDs up for grabs 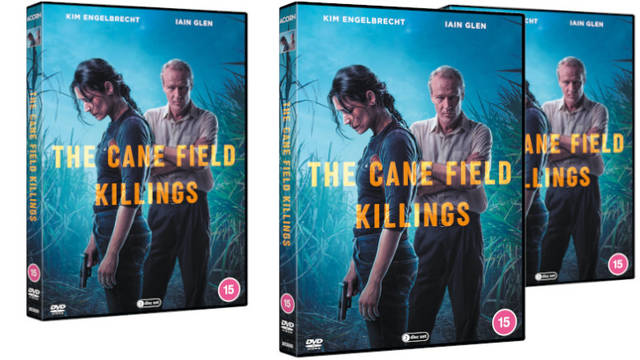 Spanning the tropical coastlines and vast sugarcane plantations of South Africa, The Cane Field Killings, a brand-new, gritty, and enthralling crime-drama from award-winning writer-creator, Rohan Dickson (The Wild) arrives on UK shores. This South African noir aired as Reyka in South Africa and is the first of its kind, delivering a fresh and unique perspective for audiences across the globe.

Brilliant but broken criminal profiler, Reyka Gama (Kim Engelbrecht) returns to her beautiful hometown of KwaZulu-Natal to track down and bring to justice a rampant serial killer who has been violently murdering women, discarding their dead and burnt bodies in the sugarcanes, to be lost forever. But it soon becomes clear that Reyka’s reasons for returning to her homeland are far more complex than they first appeared, and she finds herself drawn back to the source of a nightmarish childhood trauma that continues to haunt her… a man named Angus Speelman (Iain Glen).

But scratch beneath the surface, and you’ll uncover dark and deadly secrets... Discover The Cane Field Killings – a gritty thriller like no other, that promises to grip viewers from the get-go.

For your chance to own 1 of 3 copies of The Cane Field Killings DVD; simply answer the question below:

The Cane Field Killings
This competition is now closed. Winners will be announced shortly.