The Fight DVDs up for grab 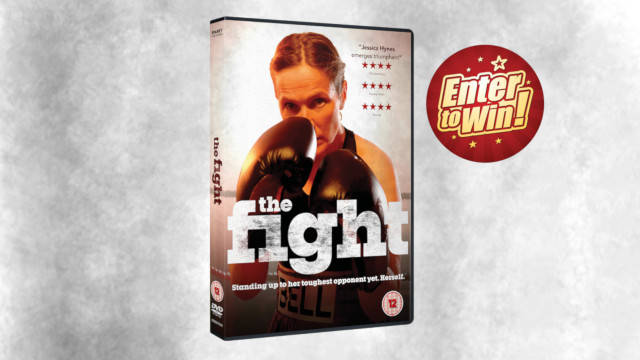 Jessica Hynes packs a punch with her directorial debut The Fight, which she also penned and stars in as struggling wife and mother Tina, who turns to boxing when her family problems and her own demons become too tough to handle. This knockout drama hits DVD and digital on 9 September 2019 courtesy of Pinpoint and Sparky Pictures.

Wowing critics and audiences on its London Film Festival premiere and subsequent theatrical release, this beautifully crafted homegrown drama features an all-star cast including Anita Dobson (Eastenders) and Christopher Fairbank (Guardians of the Galaxy) as Tina’s dysfunctional antagonistic mother and browbeaten father, Sally Phillips (Bridget Jones’s Diary), a hilarious turn from Alice Lowe (Prevenge) and an appearance from the inimitable Russell Brand (Get Him to the Greek), with standout performances from rising stars, Liv Hill (Three Girls) and Sennia Nanua (The Girl With All The Gifts).

Tina Bell (Hynes – Years and Years, W1A, Spaced) lives in a quiet seaside town, but her life is anything but quiet – her mother is threatening to leave her father, her daughter is being bullied, she and her husband Mick (Shaun Parkes – Lost in Space) are juggling full time jobs, three children and her past is catching up with her.  Determined to ditch the dysfunction and beat her inner turmoil, Tina pulls on her fighting gloves, literally – stepping into the boxing ring to sweat out her anxieties and punch up her self-worth, under the watchful eye of her astute coach (Cathy Tyson – Mona Lisa).  But does she have what it takes to get her family off the ropes and emerge victorious?

For your chance to own 1 of 5 copies of The Fight DVD; simply answer the question below:-

The FightJessica Hynes
This competition is now closed. Winners will be announced shortly.