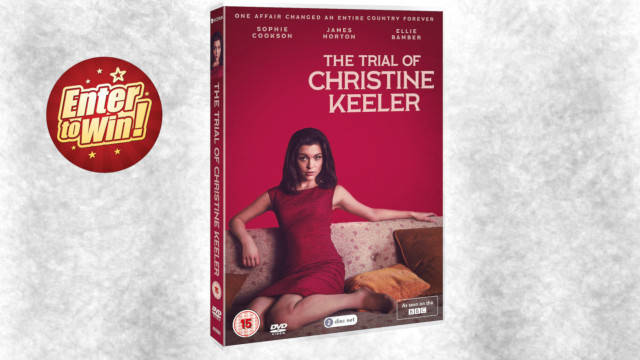 A politian. A young woman. A Russian spy.  The British government rocked by scandal. It could be a just another day of news. But this is another story, one of the most iconic of the 20th Century and another time…the 1960s.  An affair brought the British government to its knees and created a political, sexual and cultural revolution…

The story of the Profumo Affair has been told many times before…on the big screen, in books galore, on stage and even in song and now a brand new BBC drama takes a look at the real people  behind the headlines. The Trial of Christine Keeler flips the focus to the women involved and brings the story bang up to date for the #MeToo era.

This enthralling, powerful six-part drama is set to air on BBC One this Christmas and arrives on DVD and digital from Acorn Media International on 27 January 2019.

London, early 1960s before the sixties were swinging, 19-year-old Christine Keeler (Sophie Cookson (Kingsman, Gypsy), is trying to find her way in London, scraping a living wherever she can, looking for love and having fun in the meantime, but when she meets renowned osteopath, and ‘friend’ to the upper echelons of society Stephen Ward (James Norton – McMafia, Happy Valley), her life is about to change beyond all recognition.

Ward takes Christine Keeler and her friend Mandy Rice-Davies (Ellie Bamber – Les Miserables, Nocturnal Animals), under his wing and introduces them to some of the most powerful men in Britain, from politicians and millionaires to Russian ‘businessmen’ and they soon start to experience how the other half live.

One of the high-powered men is Secretary of State for War John Profumo (Ben Miles – The Crown, The Capture), who Keeler embarks on an illicit affair with…When forced to address the rumours in Parliament, Profumo denies everything – but  his admission of truth some weeks later rock the very core of British politics and morality.

Vilified by the press and public alike, Keeler’s side has never brought to the fore, now her story, as a young women trying to survive while trapped by society’s restraints and an abuse of power,  is finally being told, along with the other rarely heard female voices of Profumo’s wife and filmstar Valerie Hobson (Emilia Fox (Silent Witness, Delicious), who supported her husband through the darkest of times and that of Mandy Rice-Davies.

Penned by award-winning screenwriter Amanda Coe (Shameless, Apple Tree Yard) and directed by Andrea Harkin (Clique), this hugely anticipated drama gives viewers the chance to make their own judgement in The Trial of Chrsitine Keeler.

For your chance to own 1 of 5 copies of The Trial of Christine Keeler DVD; simply answer the question below:-

Christine Keeler
This competition is now closed. Winners will be announced shortly.