TRUE THINGS DVDs up for grabs 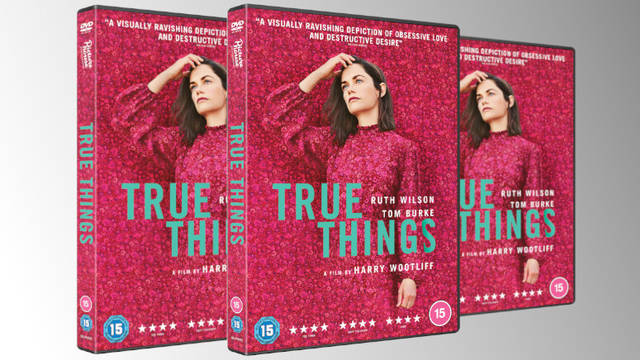 Ruth Wilson takes the lead in a mesmerising, critically acclaimed performance as a disillusioned benefits officer who embarks on an intoxicating affair with the mysterious blonde (Tom Burke) and her world is turned upside down. Hayley Squires also stars.

Adapted from Deborah Kay Davis’ book True Things About Me and directed by BIFA-winning and BAFTA-nominated British director Harry Wootliff, who has been described as ‘unreservedly one of the most fearless young filmmakers around’ (Film Stories), the film is produced by Tristan Goligher, Ben Jackson, Ruth Wilson and Jude Law. TRUE THINGS will be released on DVD, Blu-ray and Digital on Monday 4 July 2022.

For your chance to own 1 of 5 copies of TRUE THINGS DVD; simply answer the question below:

True Things DVD
This competition is now closed. Winners will be announced shortly.