Vice DVDs up for grabs 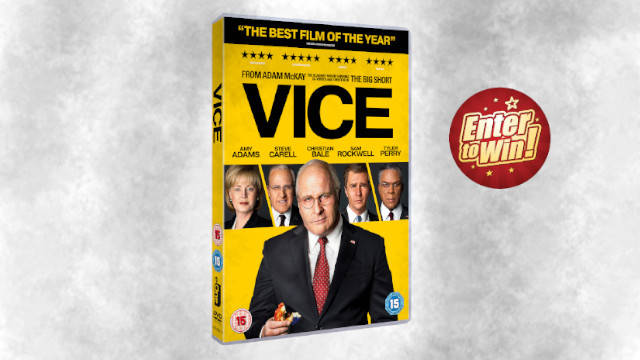 Adam McKay's much celebrated and latest, biographical comedy-drama. A caustic account of the squalid rise to power of George W. Bush's right-hand man Dick Cheney. From the multi-award-wining director of The Big Short (2015) and Step Brothers (2008).

Spanning half a century, Vice follows the hilariously terrifying true tale of Cheney's journey from rural Wyoming electrician to the most powerful man on the planet. Christian Bale leads with an outstanding comic performance as the former Vice President of the United States alongside a superb supporting cast including Oscar nominees Steve Carell as Donald Rumsfeld, Amy Adams as Cheney's formidable wife, and Oscar winner Sam Rockwell as the susceptible George W. Bush. As funny as it is serious, Vice is an audacious portrait of the use and misuse of institutionsal power. With remarkable transformations and a stellar A-list cast, Vice is a must-own for all lovers of comedy and political satire.

For your chance to own 1 of 5 copies of Vice DVD; simply answer the question below:-

ViceChristian Bale
This competition is now closed. Winners will be announced shortly.