WILD ROSE DVD up for grabs 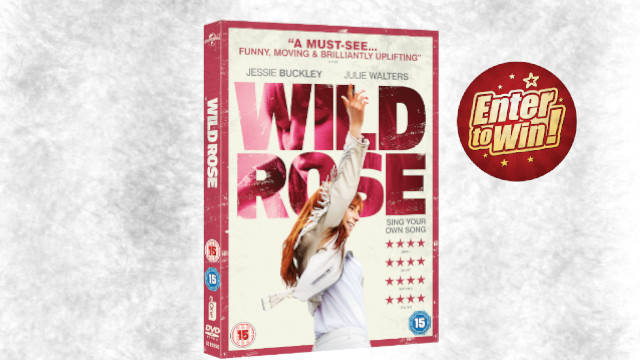 After delighting audiences in cinemas, Wild Rose is available now on Digital Download and DVD, courtesy of Universal Home Entertainment UK, featuring a breakout performance from 2019 BAFTA Rising Star nominee Jessie Buckley. To celebrate the release, we are giving you the chance to win a copy of Wild Rose on DVD!

Rose-Lynn Harlan (Jessie Buckley), is overflowing with talent, charisma and cheek. Fresh out of jail and with two young kids, all she wants is to get out of Glasgow and make it as a country singer in Nashville. Her mum Marion (Julie Walters) has had a bellyful of Rose-Lynn’s Nashville nonsense. Forced to take responsibility, Rose-Lynn gets a cleaning job, only to find an unlikely champion in the middle-class lady of the house (Sophie Okonedo).

Jessie Buckley performs her own songs in the film, all of which are featured on the official soundtrack which has been released by Island Records.

For your chance to own 1 of 5 copies of Wild Rose on DVD, simply answer the question below:-

Wild Rose
This competition is now closed. Winners will be announced shortly.