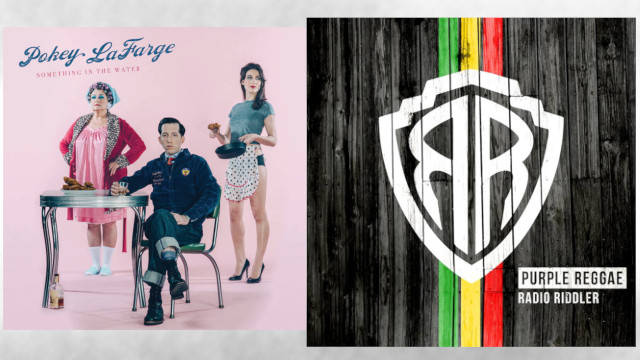 Pokey LaFarge ‘Something in the Water’ features a diverse cast of talented players, including his own longstanding touring combo as well as members of such notable outfits as NRBQ, the Fat Babies, the Modern Sounds, and the Western Elstons.

Radio Riddler’s ‘Purple Reggae’, a loving tribute to a pop genius in their own unique style that’s been approved by the Purple Prince himself. Their diverse vocal styles over a reggae backdrop have resulted in a unique, perfectly-crafted tribute that will inspire as much affection as Purple Rain did over 30 years ago.

To win this bundle of Pokey LaFarge ‘Something in the Water’ & Radio Riddler ‘Purple Reggae’ CDs; simply answer the question below:

Radio RiddlerPokey LaFarge
This competition is now closed. Winners will be announced shortly.