Win a copy of Go Now 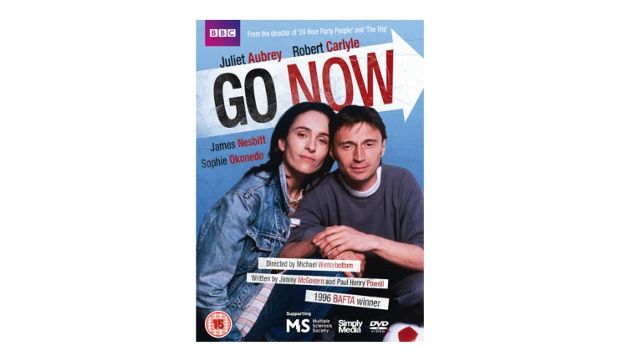 Highlighting the impact multiple sclerosis has on a young sportsman and his loved ones, Go Now is a heart-wrenching, intense and unforgettable film from 1995, and it comes to DVD 20 years after it was originally broadcast by the BBC, courtesy of Simply Media.

The film stars an outstanding cast with Robert Carlyle (Trainspotting) in the lead role, directed by BAFTA winner Michael Winterbottom (The Trip) and written by the multi-award-winning Jimmy McGovern (The Street) and Paul Henry Powell (The Vice). The BAFTA winning film arrives on DVD 12 September 2016, accompanied by an exclusive special feature with footballer Danny Wallace talking about his own experiences suffering with MS. Simply Media is collaborating with The MS Society UK and will be donating £1 per DVD sold to the charity.

To win 1 of 4 copies of Go Now DVD; simply answer the below question:-