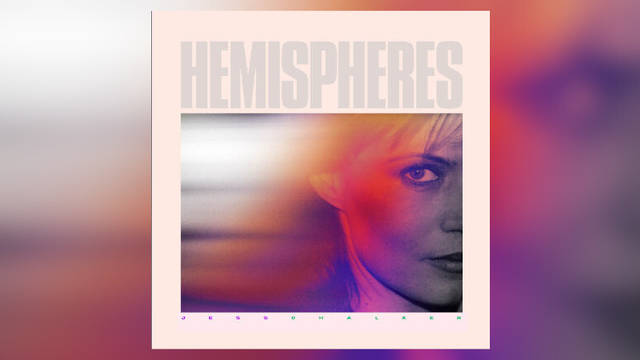 Australian-in-London and renowned singer-songwriter Jess Chalker is perhaps best known for being one half of Australian new-wave duo We Are The Brave. She is also a highly sought-after composer and producer, having worked collaboratively with a plethora of respected artists and musicians around the globe, including Sam Fischer, Vintage Culture, Isamachine, Gold Kimono and Passenger. Jess was also part of a GRAMMY-winning team that co-penned Lisa Loeb’s lead single on her kids record Feel What U Feel. Recently, she also composed the original track “Darkest Hour” for the Amazon Original show Panic, performed by Tate McRae. Now Jess embarks as a solo artist in her own right. She releases single “Cynical” on 21stOctober 2021 across all the usual streaming and download platforms.

“Cynical” is taken from her debut solo full-length album “Hemispheres”- due November 5th via Jess’ own imprint 528 Records. Prior to this,  Jess Chalker’s album teaser “Don’t Fight It” went to  #1 on Hype Machine and was named to The Guardian’s list of “Best New Australian Music.” Jess has also shared the album tracks “Dance in the Rain” and “West Hollywood”, the latter of which was named to Spotify’s Global Fresh Finds and Pop Hits playlists. The follow up track “Stupid Trick” (released with a stunning video) is currently one of the most downloads songs nationally on Australian community radio. Jess executive produced the album, enlisting the help of co-producers/ co-writers/ additional instrumentalists Dan Long (Local Natives, Pavement), Josh Humphreys (M83) and Ox Why (her former We are the Brave bandmate). The album was mixed by Billy Centenaro (Sara Bareilles, Lukas Nelson); and mastered by John Davis (The Killers, Lana del Rey.)

“Hemispheres” - which received funding from the prestigious Australia Council for the Arts - dives into lyrical themes that explore the dichotomy between depression and hopefulness, self-doubt and self-love, and more, with Jess’ expressive vocals slicing through at every turn. The album was completed under the weight of the pandemic, as Jess dealt with the loss of her day job and heart-breaking health issues at the same time. Like many others, she found herself spiralling, and turned to music to find the creative outlet she needed. Collaborating with friends across Sydney, Los Angeles and London to finish her emotional album, she found much longed-for freedom too.

To win 1 of 5 copies of Jess Chalker’s debut album ‘Hemispheres’; simply answer the question below:

HEMISPHERES
This competition is now closed. Winners will be announced shortly.

Win a Cheeky Rascals Baby Bundle for all your baby essentials (worth £122.49)

Win a pair of beautifully made Cosyfeet shoes

THE NEST DVDs up for grabs

HERSELF DVDs up for grabs

Win a pair of Staefit leggings