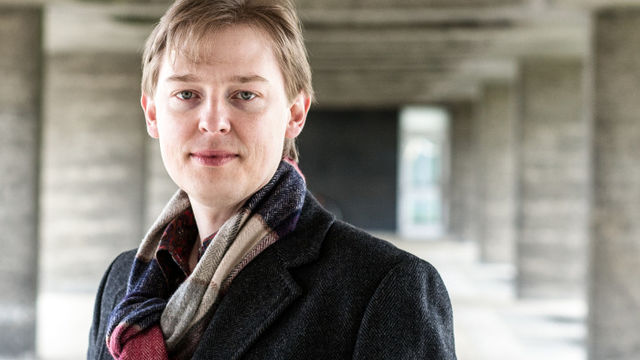 Magnificent counter-tenor Iestyn Morris, nominated as ‘Best male in an opera production’ in the 2016 Wales Theatre Awards, is about to release more English song; Roger Quilter’s mystically romantic “By a Fountainside”.

Described as “a gifted ‘all-rounder’” by Digital Journal, the musician and actor is one of the brightest stars shining in the contemporary world of classical music. “By a Fountainside” is taken from his upcoming EP release in which he recorded a collection of 19th and 20th century settings of Jacobean texts.

2016 is marking Iestyn’s 10 year anniversary as a professional opera singer which has led him to start recording some of the songs that were part of his journey throughout the last decade. His latest single release is an introduction to a romantic world of nostalgia, taking on a Jacobean text by Ben Johnson. He explains: “Listening again to live recordings of concerts I’ve performed over the years, I feel that many of these songs deserve a proper studio recording.”

Having had extensive experience on the world’s opera stages, one of his latest successes was his role as Peter Pan in the eponymous opera at the Royal Opera House in London last year. His extraordinary interpretation earned many praises in the media such as The Birmingham Post writing: “A new counter-tenor role on this scale is something rather special; Morris was both physically and vocally agile, with a charisma that, at crucial moments, held the whole theatre rapt.”

Winner of awards such as the Tracey Chadwell Award for contemporary song or the Patricia Routledge National English Song Competition, the counter-tenor has performed in various high profile venues around the world.  Born and raised in London, Iestyn has had an unusual start to his career having studied Mechanical Engineering at University before going on to study early music and then opera at Guildhall School of Music & Drama. In his spare time he is creative in a somewhat different aspect; as a self-taught upholsterer, he is currently refurbishing a late French chaise long.

To win 1 of 10 copies of lestyn Morris EP; simply answer the question below:-

Iestyn MorrismusicCDalbum
This competition is now closed. Congratulations to all our winners!