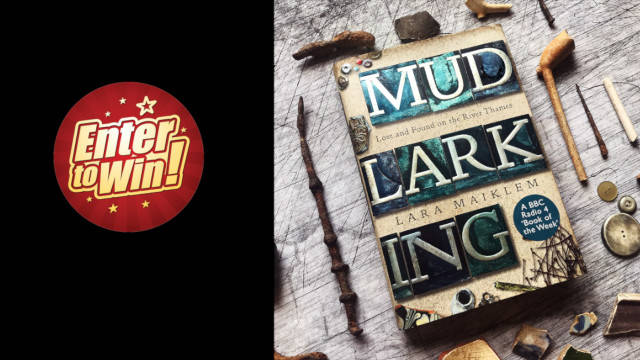 Lara Maiklem has scoured the banks of the Thames for over fifteen years, in pursuit of the objects that the river unearths: from Neolithic flints to Roman hair pins, medieval buckles to Tudor buttons, Georgian clay pipes to Victorian toys. These objects tell her about London and its lost ways of life. As she has discovered, it is often the tiniest objects that tell the greatest stories

Enter for the chance to win a signed copy of this magical, bestselling book!

For your chance to win 1 of 3 copies of MUDLARKING by Lara Maiklem; simply answer the question below:

Mudlarking
This competition is now closed. Winners will be announced shortly.

Win a pair of tickets to The Stitch Festival at the Business Design Centre, London