Win a copy of We Came Here To Love Album 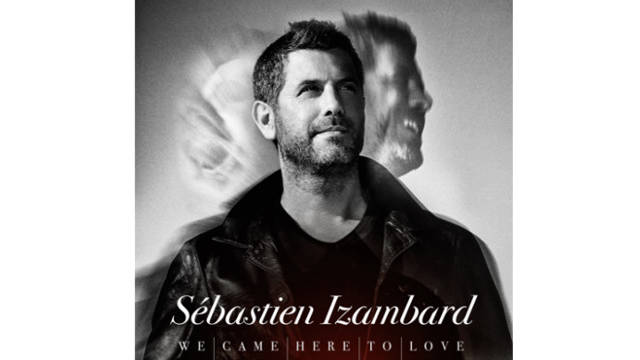 Sébastien Izambard, one quarter of the massive classical crossover group Il Divo, announces his debut UK solo album ‘We Came Here To Love’  released February 2nd, 2018  on Entertainment One.  ‘We Came Here To Love’ is a natural step forward for the self-taught French singer/guitarist/pianist, who also produced the record.

"Being a part of Il Divo has afforded me a great opportunity to tour the world and get exposed to all different kinds of music," says Sébastien Izambard, a tenor. "This album is far from what anybody would expect from me. I wanted to show a side of me that has nothing to do with Il Divo. I was a pop artist before, and it's something I wanted to do and haven't done in 20 years and now it's the right time in my life for it. I wrote many of the songs and I'm so excited to put it out there for people to hear."

The album features 11 original songs written or co-written by Sébastien Izambard and showcases his eclectic influences from The Weeknd and Coldplay to James Blake and Adele, from pop and dance to the classical crossover that he's known for.

The Paris native began playing guitar and piano as a child, and his love of music grew from there. "Music became my food, my therapy and my savior," said Sébastien Izambard. He released his debut album in 2000 before joining Il Divo in 2003. That group has gone on to become one of the most popular crossover groups of all time, selling over 30 million records worldwide.

To win 1 of 5 copies of Sébastien Izambard’s debut solo album ‘We Came Here To Love’; simply answer the question below:-

We Came Here To Lovealbumcompetition
This competition is now closed. Winners will be announced shortly.