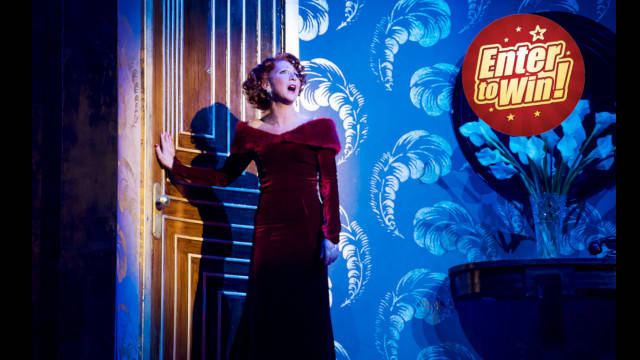 42nd Street, the legendary Broadway musical theatre classic, is a ‘glorious’ (★★★★★ Express) and ‘utterly moreish extravaganza of glitz’ (★★★★★ Times). Telling the story of Peggy Sawyer, a talented young performer with stars in her eyes who gets her big break on Broadway, this is the largest ever staging of the Tony® Award-winning musical and it was filmed live at the magnificent Theatre Royal in the heart of London’s West End. Starring national treasure Bonnie Langford as Dorothy Brock and featuring iconic songs 42nd Street, We’re In The Money and Lullaby Of Broadway, this is pure musical magic on the big screen – entertainment doesn’t get bigger than this!

42nd Street The Musical will be screening in more than 650 cinemas across the UK on 10 and 12 November, for more information and to book tickets visit 42ndstreetcinema.com

To celebrate this spectacular cinema event; we have teamed up with More2Screen to give you the chance to win 1 of 3 pairs of tickets to watch the 42nd Street The Musical at a participating cinema venue on 10 or 12 November 2019; to enter simply answer the following question:-

Three winners will receive a pair of standard price cinema tickets to watch the screening of 42nd Street The Musical on 10 or 12 November 2019 only at a participating venue of their choice. Venue details can be found at 42ndstreetcinema.com.  Subject to availability. Travel and accommodation are not included. The prize cannot be exchanged and there is no date or cash alternative.

42nd Street
This competition is now closed. Winners will be announced shortly.