WIN GODZILLA: KING OF THE MONSTERS ON DVD 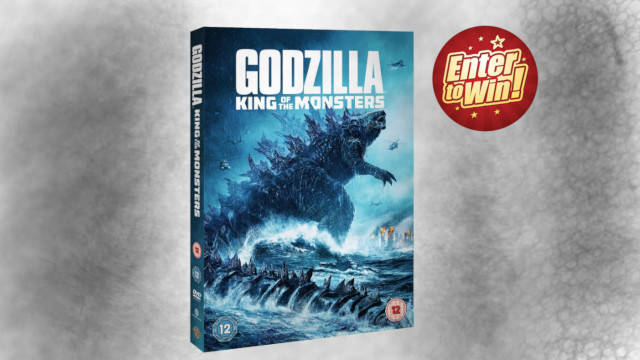 Some thought it would never happen but the King is back, and with a vengeance!

From Legendary Pictures and Warner Bros. Pictures, comes ‘Godzilla: King of the Monsters’, the epic monstrous action tale of ancient super species. To celebrate the release, which arrives on Digital Download September 21 and DVD, Blu-ray™, 3D Blu-ray™, 4K Ultra HD, and 4K Steelbook editions October 14, we are giving you the chance to win a copy of Godzilla: King of the Monsters on DVD!

This new story focuses on ancient god sized monsters as they rise again, all the while, crypto-zoological agency “Monarch” faces not only Godzilla, but Mothra, Rodan and arch enemy Ghidorah as they all vie for supremacy, leaving humanity’s existence hanging in the balance.

For your chance to win 1 of 5 copies of Godzilla: King of the Monsters on DVD, simply answer the following question:-

Godzilla: King of the Monsters
This competition is now closed. Winners will be announced shortly.