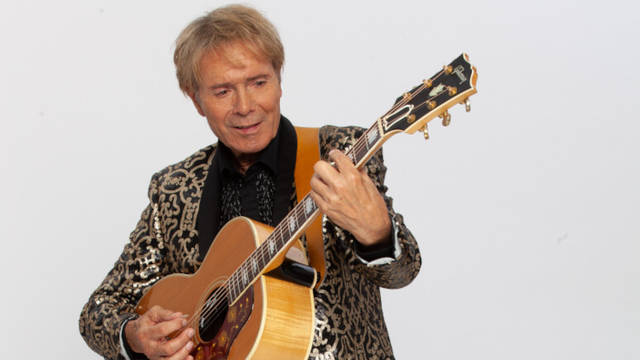 Britain’s ‘Ultimate Pop Star’, Sir Cliff Richard, invites you to be part of the most spectacular silver screen party of the year, as he celebrates his 80th birthday in cinemas nationwide.

On 27th October 2021, Sir Cliff will bring his enthralling live show to a cinema near you, as The Great 80 Tour is beamed live via satellite into over 500 cinemas around the UK from the Royal Albert Hall in London. After more than a year away from the stage, he will celebrate the return of live music by performing a selection of his greatest hits. The event will also feature exclusive footage of Sir Cliff, recorded especially for cinema audiences.

Cliff Richard: The Great 80 Tour, distributed by CinemaLive, will be broadcast at 7:45pm on 27th October 2021. Encore performances will be re-broadcast on Saturday 30th and Sunday 31st October at 2:30pm

For more information and to find cinema locations visit cliffincinemas.com

We are giving you the chance to win 1 of 6 pairs of tickets to attend Cliff Richard: The Great 80 Tour live (27, 30 or 31 October 2021) in a cinema of your choice; simply answer the question below:

In the event of tickets being unavailable at the winners chosen cinema, tickets will be allocated at the nearest cinema with tickets available. In the event of the winners chosen screening being sold out, tickets will be allocated for a screening on an alternative date. No cash or alternative prize available. Tickets are non-transferable. Seat location cannot be specified. Best available seats will be allocated by the cinema. The prize does not include the costs of travel, refreshments, or additional merchandise relating to the use of the prize. Any costs incurred during the redemption of the prize must be covered by the prize winner. Competition open to residents of England, Scotland and Wales only.

Win tickets to see Cliff Richard: The Great 80 Tour live (2730 or 31 October 2021) in a cinema of your choice
This competition is now closed. Winners will be announced shortly.