Win tickets to see Ghosts at the Trafalgar Studios 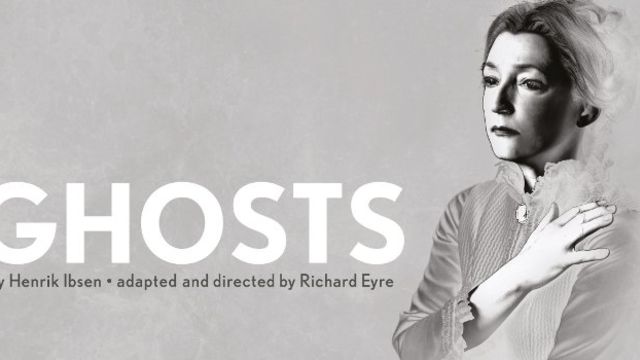 Following a sold-out run at the Almeida Theatre, the critically-acclaimed Ghosts by Henrik Ibsen, transfers to the Trafalgar Studios this Autumn for a strictly limited season.

Helene Alving has spent her life suspended in an emotional void after the death of her cruel but outwardly charming husband. She is determined to escape the ghosts of her past by telling her son, Oswald, the truth about his father. But on his return from his life as a painter in France, Oswald reveals how he has already inherited the legacy of Alving’s dissolute life.

‘Lesley Manville gives the performance of her life’ Sunday Telegraph *****

‘A masterpiece. Richard Eyre’s new version has glories too many to list’ The Times *****

Terms and Conditions
Tickets valid for Monday-Thursday performances until 15 February 2014, subject to availability. There are no cash alternative to the prizes, they are non-refundable and non-transferable and not for resale.

To win 1 of 2 pairs of top price tickets to see Ghosts; simply answer the question below:-