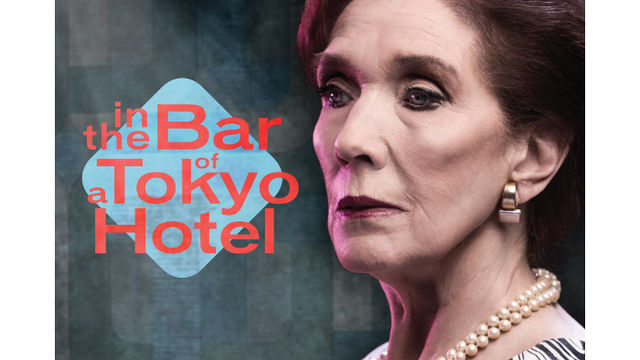 Linda Marlowe stars in a rare production of In the Bar of a Tokyo Hotel, one of Tennessee Williams’ most daring and extraordinary plays.

Mark is a world-famous artist. He and his grasping wife Miriam are caught in a fiercely symbiotic bond of need and hatred. Having played midwife to his incredible career, Mark has been both Miriam’s validation and despair. Now she wants to leave, afraid that Mark is in the grip of a breakdown and he can no longer create. Mark, however, senses a breakthrough coming. He returns again and again to his canvases, which “demand what I can’t give them yet”. The scene is set both for a savage and witty dance of death, and an autobiographical meditation on creativity and envy of success.

Directed by Robert Chevera, In the Bar of a Tokyo Hotel reunites the creative team behind the acclaimed 2012 sell-out production of Williams’ autobiographical Vieux Carré at the Charing Cross Theatre.

To win 1 of 3 pairs of tickets to see In the Bar of a Tokyo Hotel at the Charing Cross Theatre; simply answer the question below:-

Prize is subject to availability. Winner’s tickets are valid on all performances until 23/04/2016. Prize is as stated and cannot be transferred or exchanged. No cash alternative will be offered.

In the Bar of a Tokyo HotelCharing Cross Theatretheatretickets
This competition is now closed. Congratulations to all our winners!