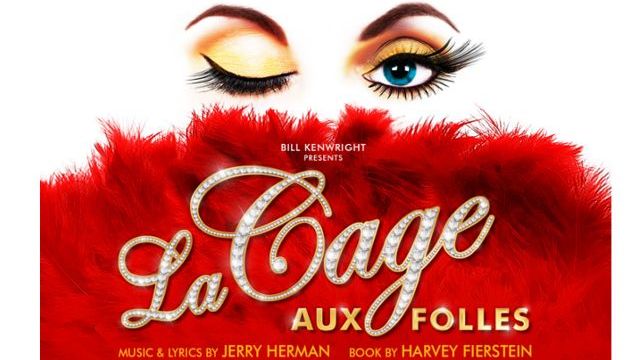 Georges and the dazzling drag artiste Albin, star of la Cage aux Folles, live an idyllic existence in the heart of St Tropez. But behind the curtains of this sparkling extravaganza, all may be about to change. Georges’ son Jean-Michel announces his engagement to the daughter of a notorious right-wing politician determined to close down the local colourful night-life. Drama and hilarity ensue when a meeting of the parents forces them to cover up their vibrant lifestyle.

The cast features West End star JOHN PARTRIDGE whose extensive theatre credits include the West End productions of A Chorus Line at the London Palladium, Cats, Starlight Express and Chicago. He is also known for playing the loveable Christian in BBC’s EastEnders and as a judge on TV’s Over The Rainbow. Alongside him is Broadway star ADRIAN ZMED, whose credits include Blood Brothers, Grease and Falsettos. On television he played Officer Vince Romano alongside William Shatner in the long running hit series T.J. Hooker and big screen credits include Johnny in Grease 2. Joining them is West End icon, MARTI WEBB. She received huge critical acclaim for Tell Me on a Sunday, a show specifically written for her by Andrew Lloyd Webber and Don Black. She has recorded nine solo albums and had numerous hit singles, including ‘Always There’, the theme from the hit BBC series Howard’s Way and the smash hit Take That Look Off Your Face.

The show-stopping score includes The Best of Times, Song on the Sand and I Am What I Am.

To win 1 of 2 pairs of tickets to see La Cage Aux Folles on tour; simply answer the question below:-

Prize is valid for the first date at each tour venue (excludes Oxford New Theatre and Dublin Bord Gais Energy Theatre). The winner can choose the nearest venue to them. Subject to availability. Prize is as stated and cannot be transferred or exchanged. No cash alternative will be offered.

La Cage Aux Follestourtickets
This competition is now closed. Congratulations to all our winners!