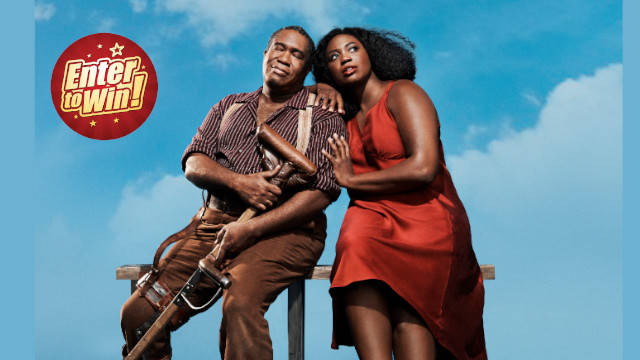 In collaboration with Trafalgar Releasing, 3 lucky readers will each receive a pair of tickets to see the critically acclaimed, The Gershwins’ Porgy & Bess starring Angel Blue and Eric Owens in the title roles, performed live from The Metropolitan Opera in New York, in the comfort of their local participating cinema on 1 February 2020.

This new co-production with English National Opera and Dutch National Opera was hailed as a triumph at its premiere in London earlier this year. Featuring the much-loved arias “Summertime” and “I Got Plenty o’ Nuttin”, director James Robinson’s stylish production transports audiences to Catfish Row, a setting vibrant with the music, dancing, emotion, and heartbreak of its inhabitants.

The final stage work of George Gershwin, Porgy and Bess is largely regarded as one of the greatest American operas of the 20th Century.

To find out more about the film and to book your tickets, click here.

For your chance to win 1 of 3 pairs of tickets to see Porgy & Bess from The Metropolitan Opera in Cinema on 1 February 2020; simply answer the question below:-

Entrants must be aged 18 or over and be residents of the UK & Ireland. This prize draw is not open to employees or contractors of the Promoter or their immediate families, nor to any other person connected with the prize draw. There will be 5? prize winners, who will each win a pair of tickets to The Gershwins’ Porgy & Bess at their local participating cinema on 1 February 2020. (“Prize”). The Prize is subject to availability. The Promoter reserves the right to amend the specification of the Prize or offer an alternative Prize of equal or greater value. No cash alternative will be offered. The Prize is non-transferable. The decision of the Promoter is final. By entering the prize draw, entrants consent to the use of their names, city of residence, photograph and/or image for publicity purposes in all media carried out by the Promoter (and in the case of there being more than one, each of them) without payment or compensation. The Promoter may terminate, amend or withdraw this prize draw and/or these terms and conditions at any time. Entries must be submitted by the named entrant and will be invalid if found to come from a third party. Multiple entries from a single source will be disqualified. Entry to the prize draw is conditional on acceptance of these terms and conditions, which are governed by English Law. The contact details you provide to enter the prize draw will be used by the Promoter to contact entrants if necessary, and will not be shared with other companies unless you have opted to do so. (Promoter: Trafalgar Releasing Ltd).

Porgy & Bess
This competition is now closed. Winners will be announced shortly.