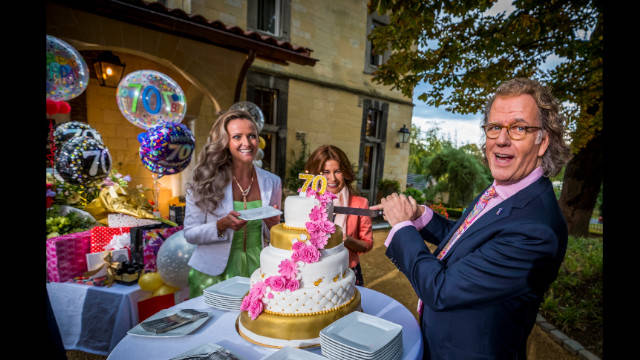 We are giving you the chance to a pair of tickets to watch ‘André Rieu: 70 Years Young’ in a cinema of your choice – the perfect way to ring in the new year!

André Rieu will celebrate his 70th birthday with a one-off event in cinemas across the country on Saturday January 4th and Sunday January 5th 2020, featuring his favourite performances from across the world, as well as reminiscing with presenter Charlotte Hawkins about his life and multi-decade career.

Alongside his Johann Strauss Orchestra, this cinema spectacular features the maestro performing his most notable pieces from the most stunning locations around the world, including Schönbrunn Vienna, Radio City Music Hall New York and the Coronation Concert in Amsterdam.

As part of the celebration, together with Charlotte Hawkins, André will look back over his life, passions and music, while taking his cinema audience on an exclusive tour of his castle in Maastricht.

For your chance to have 1 of 6 pairs of tickets to watch ‘André Rieu: 70 Years Young’ in cinema on either 4th or 5th January 2020; simply answer the question below:

Tickets are valid for the ‘André Rieu: 70 Years Young’ in cinema on either 4th or 5th January 2020 only. No cash alternative available. Tickets are non-transferable. Seat location cannot be specified. Best available seats will be allocated by the cinema. The prize does not include the costs of travel, refreshments, or additional merchandise relating to the use of the prize. Any costs incurred during the redemption of the prize must be covered by the prize winner.

André Rieu
This competition is now closed. Winners will be announced shortly.