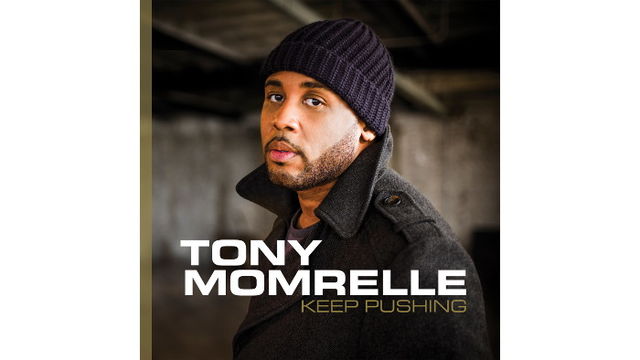 In celebrating the release of TONY MOMRELLE: new single ‘This Could Be Us‘on February 26th.

For a man who never really set his sights on the music industry Tony Momrelle is one of the UK’s hottest names on the British soul scene. Not only is he one of the most significant and exciting soulful singer songwriters in the country he is respected for working with  only the best in the business. He is releasing his second single ‘This Could Be Us’ from his second album ‘Keep Pushing’ on February 26th.

'You’re time is here,' wholeheartedly sings Tony Momrelle on the opening (title) track of his towering album Keep Pushing. And so, frankly, is his. Keep Pushing has been coming. Pieced together over the past two years after the game-changing release of EP Fly forced many to reassess Momrelle’s artistic profile, it is a broad yet revelatory work. As singer, songwriter and co-producer, Momrelle has delivered his own clear vision – a vision wedded to contemporary soul as much as it is to soulful music, full stop.

Tony’s upbringing was infused with music and entertainment. At the age of eight he began to learn music and it wasn’t long before he embraced gospel through joining the church youth choir. He was intrigued by different genres, musical styles, vocal tones and textures. Gospel, Jazz and soul influences have allowed him to evolve into a naturally gifted vocalist who was soon to be in demand. 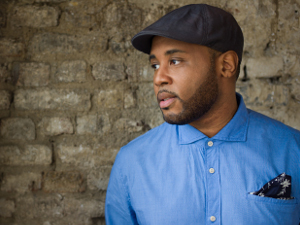 At 18 Tony was on a Youth Training scheme in the car industry to which singing was only really a side-line. Thankfully he took a detour and randomly ended up in a studio in Barnes to sing back up for Gloria Estefan. From that moment on Tony never looked back. Tony’s  effortless, rich vocals have featured on tracks by amazing artists such as Whitney Houston, Sir Elton John, Gary Barlow, Celine Dion and Sade whom he has had a long standing relationship with since 2001.

Tony is an integral member of Sade’s band and featured heavily on her last album “Soldier of Love". As well as co-writing a song on her album ”The Ultimate Collection” he sang a duet “Baby Father" which was Grammy™ nominated for Best Duet.

One also mustn’t forget Tony’s long successful relationship with British Soul funk band Incognito. His stunning vocals impressed Jean-Paul ‘Bluey’ Maunick so much that he invited him to record on their 2002 album ‘Life Stranger than Fiction’ as well as joining them on tour. Tony continues his relationship with the band now supporting them on tour.

2015 was a great year for Tony. Single one ‘Pick Me Up’ made the radio 2 playlist. After the success of the Radio 2 B-List. BBC Radio 2 booked Tony for their ‘Festival In A Day’ in Hyde Park. Tony performed live on the BBC Introducing stage.  Tony’s impressive vocals have garnered much attention on the British soul scene as well as stateside. He was announced artist of the year (2015) on an important US Soul website: soultracks.com

Currently Tony is fully focused on his own music and 2016 is really exciting time to release ‘This Could Be Us’ an infectious, feel good, uplifting track from a truly gifted  soul singer.

‘This Could Be Us’ is released on February 26th and is available on iTunes and Amazon.

This Could Be Us (Radio Edit)

This Could Be Us (The Layabouts Vocal Mix)

To win 1 of 8 copies of Tony Momrelle’s ‘Keep Pushing’ album; simply answer the question below:-

Tony MomrelleKeep PushingmusicalbumCD
This competition is now closed. Congratulations to all our winners!