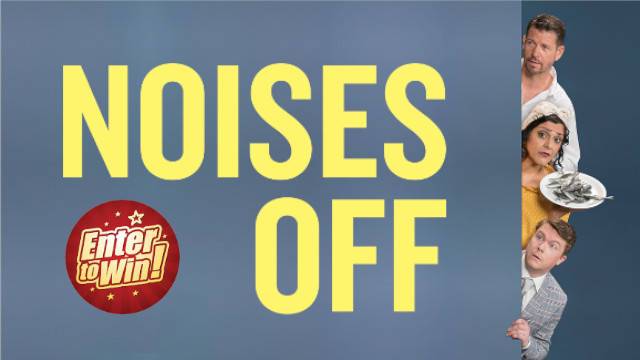 Noises Off premiered at the Lyric Hammersmith in 1982 and instantly became an iconic British comedy. With technical brilliance and split-second timing, it takes us behind the scenes with a company of actors in a hilarious and heartfelt tribute to the unpredictability of life in the theatre.

Hailed as one of the funniest plays of all time, Noises Off makes its triumphant return to the Lyric almost 40 years on, in a bold new production by Jeremy Herrin (Wolf Hall/This House) for fans to enjoy and new audiences to discover.

“It’s a great personal pleasure for me, of course, to see my play come home, after all its travels around the world in the last forty years, to the theatre where it took its first hopeful but still uncertain steps.” Michael Frayn

For your chance to have 1 of 3 pairs of tickets to see Noise Off at the Lyric Hammersmith; simply answer the following question:-

Tickets are valid for Thursday, 27 June 2019 only. Subject to availability. Prize is as stated and non-transferable or exchanged. No cash alternative will be offered.

Noises Off
This competition is now closed. Winners will be announced shortly.