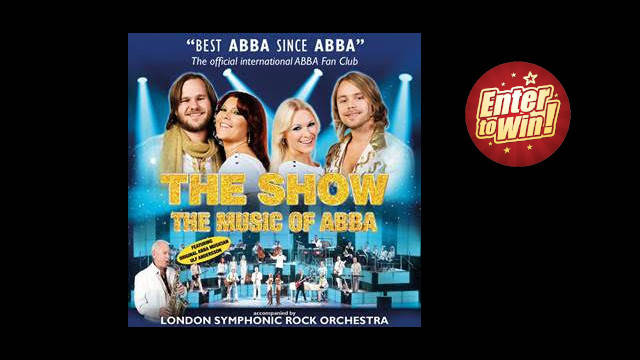 ABBA, are the most successful Swedish act of all time and transformed popular music around the world.  ABBA, have not toured for decades - however, their musical legacy lives on - in a two hour extravaganza concert: ‘The Show – The Music Of ABBA’ - directed by musical director Matthew Freeman,  goes out on tour with six shows in May 2020 – taking in the London Palladium on May 5th. Presented by Kennedy Street Enterprises by arr with CSB.dk.

‘The Show – The Music Of ABBA’, lets the audience follow ABBA from before they won the Eurovision to their massive international success.  The music in the show is performed by the Swedish Band Waterloo and accompanied by the London Symphonic Rock Orchestra (LSRO), who has rocked arenas around the world since forming in 2018.  They have performed and recorded with many high profile artists and are touring the UK with Il Divo. To further add that original touch to the show, one of the original ABBA musicians, the legendary saxophone player Ulf Andersson will be performing.

The award winning show was created in 2001 and has since had an impressive 18 year run of worldwide success.  With nearly 700 concerts in 40 countries and over two million tickets sold. ‘The Show – The Music Of ABBA’ has performed more than five times as many shows than the original ABBA. Don’t miss out …

For your chance to have 1 of 2 pairs of tickets to see ‘The Show-The Music of ABBA’ Tour May 2020; simply answer the question below:

Tickets are valid for ‘The Show-The Music of ABBA’ Tour May 2020 only. Subject to availability. Prize is as stated and cannot be transferred or exchanged. No cash alternative will be offered.

ABBA
This competition is now closed. Winners will be announced shortly.