Your chance to receive a pair of tickets to the Imperial War Museum, London and “The Cold Blue” – Original Motion Picture Score CD 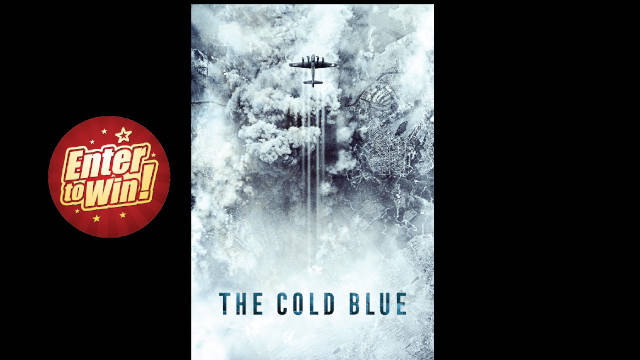 To mark the release of “The Cold Blue” we have teamed up with the Imperial War Museum, London to offer 2 lucky readers a pair each of tickets to the Museum plus a copy of Richard Thompson’s The Cold Blue – Original Motion Picture Score CD.

For one night only on 4th July you could see World War II documentary “The Cold Blue” in your local cinema, in collaboration with CinEvents. From acclaimed director Erik Nelson the film chronicles the heroic struggles of the Eighth Air Force who during World War II, flew their B-17 Bombers over Europe. The documentary features rediscovered and meticulously restored raw color footage found in the national archives from the 1944 documentary Memphis Belle: A Story of a Flying Fortress, directed by the legendary director William Wyler alongside interviews with nine of these surviving veterans, whose voices narrate the harrowing world that Wyler and his cameramen captured in the summer of 1943.

The Cold Blue can be seen on the big screen around the UK for one night on 4th July, 2019.

Tickets for the event can be purchased at www.mycineplace.com/thecoldblue

To enter; just answer the question below:-

Two winners will receive a pair of tickets to Imperial War Museum and 1 CD soundtrack of The Cold Blue produced by Richard Thompson. Tickets that can be a mix of adult (aged over 18) and child tickets. This Prize Draw is in conjunction with new documentary The Cold Blue, releasing July 4th, please visit www.mycineplace.com/thecoldblue for a full list of participating cinemas. Prize does not include travel expenses. Winning tickets cannot be exchanged for cash. On entering you will agree to share your contact information with CinEvents

The Cold BlueImperial War Museum
This competition is now closed. Winners will be announced shortly.